The 2022 Nominating Committee – Joanna Shear, Kathleen Beitiks, and Linda Okazaki – has proposed one new board nominee, Keith Montgomery, for the term 2023-2025. The candidate was presented to and accepted by the board at the October meeting. Nominations will be presented at the Annual Business Meeting on 14 January 2023, where the general membership will vote upon the full slate of directors. 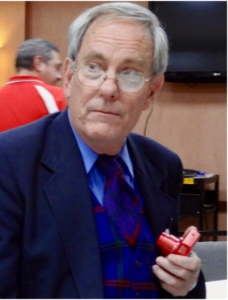 Keith R Montgomery has been a member of CGS since 2015. He sits on numerous CGS committees, including Technology, Digital Archives, Education and Events, Reopening, and Finance and participates in many CGS SIG groups, especially those involving computer technology. A former editor of the newsletter for Clan Montgomery Society, he helps other members with genealogical records, and has been administrator of the Montgomery Genealogy Facebook page for the past 13 years. He’s active with DNA research on family and helps others in their work. Now living in Albany, California, Keith grew up in New Mexico and attended the University of Colorado. He’s a retired Hotel Controller and worked in downtown Oakland for many years. He’s passionate about traveling as much as possible and enjoys taking five-mile walks along the bay with friends.

Status of other board members:

Continuing in their second terms are Grant Din and Joanna Shear.

Proposed nominations for their second terms are Ron Madson and Adelle Treakle.

Continuing in her third term is Chris Pattillo. 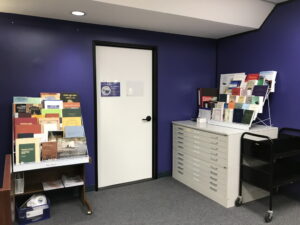 In the past someone from the library committee would provide the publications committee with a list of the newly acquired books twice a year and they published the list in The Nugget. But, as you know, all the “normal” procedures went haywire during the pandemic. During this time, I took over as chair of the library committee and it took me some time to get up to speed. As a result, no one has shared the specifics about the new books the library for a long time.

Information about the many book donations our members have generously given have been mentioned in this blog and I pointed out our recently acquired “New Book” racks in the video tour of the library. Now, with the help of Theresa Murphy, we have published lists of the books that have been added to our stacks in 2020, 2021 and so far in 2022. The list is eighteen pages.

All of the new entries for 2020 are maps and all but a couple include links to the actual map viewable from the Library of Congress website. These include city and county maps for California – most are Sanborn Map Company fire Insurance maps so they provide a wealth of information of value to genealogists. You can find these maps by using WorldCat. After entering a title or keyword the site will provide a list of entries. If you scroll down you can select “maps” from the menu on the left side.

New additions for 2021 are more diverse. That was the year the library committee was processing the very large donation made by the estate of Laura Spurrier, a past CGS library committee chair. Laura gave us books about Quakers, Spurriers in America, and many other books that she knew we didn’t have.

The titles added so far this year are equally diverse. Here’s one that sounds provocative: Lost Babes: Fornication Abstracts from Court Records, Essex County, MA 1692-1745. Our Irish SIG members may be happy to know that we now have a copy of A Guide to Irish Roots: Including Celts, Vikings, Normans, Kings, Queens & Commoners. Let us know if you discover royalty in your family.

You can find the complete list of new acquisitions linked at our website under “What’s In the Library.” 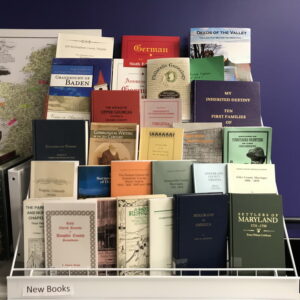 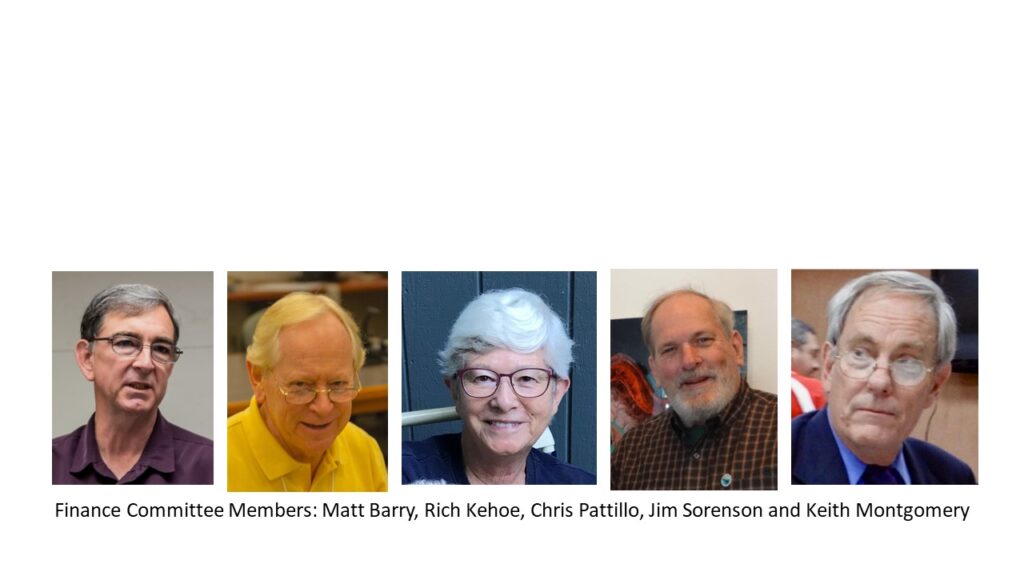 The investment and finance committees are ones that require very little time so if you are looking for a way to support the society but don’t have much time, one of these may be the perfect committee for you. All each requires is an interest in and knowledge of investing/finance.

When I was still working, I chaired our Investment Committee for ten years. I took over from Ken Haughton. Ken started the investment committee and set up good systems. He researched and distributed our funds among a diverse number of mutual funds that include large and small cap stock funds, international funds, bond funds and some cash.

The investment committee includes the chair plus at least two other members. One member must be a member of the board.

The investment committee chair coordinates with the treasurer and transfers funds from the Sherman-Haughton fund as needed. The committee reports to the board quarterly, develops and makes recommendations for changes to the portfolio and executes online trades.

The Finance Committee oversees all aspects of the society’s finances and makes sure that fiscal obligations are met.

The Finance committee is headed by the Treasurer. Members include the Investment Committee chair and/or officer and at least one other current board member. Current members include Matt, Rich Kehoe, Keith Montgomery, Jim Sorenson and Chris Pattillo.

The finance committee reviews and oversees reports that are generated by the investment committee and the auditor. They gather input from other committee chairs to put together an annual budget. They oversee the treasurer and others to make sure our bills are paid, and our insurance and business license are kept current. The committee coordinates with others to have an annual audit completed, makes sure our taxes are paid and attends to whatever other financial matters are needed to maintain the library.

The finance committee coordinates with other committees and board members to identify financial needs of the society and prepares monthly reports for the board, and an annual report for the membership.