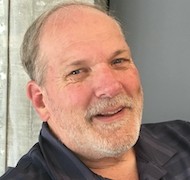 James Sorenson has been seriously pursuing genealogy since 1994 and it has led him to visit more than 30 courthouses and at least that number of libraries. In the past couple of years, he has become more interested in DNA as a means of finding cousins, filling knowledge gaps and discovering surprises. Jim still gets excited about tracing a family, even when it is not his own. He has been a CGS member since 2007, and since 2010 he has been an active volunteer on the research and investment committees. Jim has also co-­led CGS sponsored research trips to Salt Lake City and has previously served on the CGS Board. 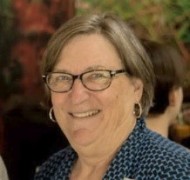 Maureen Hanlon joined CGS in 2008. She has been a Desk Duty Volunteer, and conducted post-class evaluation surveys before taking the lead for planning in-house classes in 2015. Maureen enjoys teaching classes, developing her expertise on Irish records, and offering consultations for beginning Irish researchers. Maureen retired in late 2014 from a career in health care policy research, quality improvement consulting and education for providers. She enjoys the time she now has to keep up with her adult children, swim, and take yoga classes. 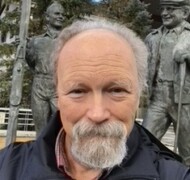 James Russell grew up in Connecticut and lives in Berkeley. His paternal ancestors arrived in the seventeenth century to New England. His maternal ancestors immigrated from Bohemia to Manhattan by 1880. No direct ancestors ever lived west of the Hudson River. His research focuses on New England, New York and Central Europe. He has done extensive primary research in all these places and attended institutes at SLIG, IGHR, Genfed and GRIP. He reads Czech, German, Russian, French, Japanese and Latin. He has a BSFS (Georgetown), an MA in Slavic linguistics (Chicago), and a PhD in anthropology (London – SOAS). He is very interested in DNA-related issues and administers two surname projects for FTDNA. 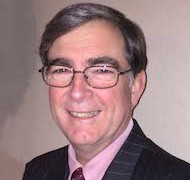 Matthew Berry became interested in family history research in 2003 during a family reunion. He was born in San Diego and grew up in Foster City before attending and receiving a BA and MS from the University of California, Berkeley, and an MBA from Santa Clara University. Now retired from Wells Fargo Bank, Matt has been a member of CGS since 2006, has served as a desk duty volunteer in the past, and has taught several CGS classes on Microsoft Word skills for genealogists. His genealogical research has focused on California, New England and the American mid-west. Genealogy has been an obsession for Stewart Blandón Traiman for 30 years. He began by interviewing parents, grandparents and other relations about his roots in Nicaragua. He is still hoping to prove the family legend of escaping the Spanish Inquisition. When he married Leland Traiman, 25 years ago, he took on the new adventure researching Ukrainian and Polish Jews. Stewart has also researched his children’s origins back to the colonial United States. Whenever a friend asks, Stewart is happy to trace their family stories and among his family tree collections, he now has 8 trees in perpetual progress.
Website Joanna Shear was born in Boston, grew up in Missouri, and landed in the Bay Area 21 years ago. A member of CGS since 2016, she has a BS in physics from Indiana University, an MSE in industrial engineering from Georgia Tech, and has completed Boston University’s Certificate Program in Genealogical Research. She was first drawn to genealogy by an unknown name on a mysterious engraved silver chalice, which led to a reunion for family separated by the Holocaust. Eleven years down the road, she is deep into the history of her Jewish ancestors as they moved within Europe and emigrated to other continents. She now also uses DNA to go beyond the documentation and trace new family connections. As her research for family and others has grown into new areas, so has her dedication to making genealogy open and accessible to all. 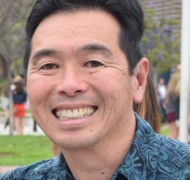 Grant Din has been interested in genealogy ever since a cousin told him forty years ago that he was in the 36th generation of Gongs! Since that time, he has researched his and many families’ immigration histories including when he was on the staff of the Angel Island Immigration Station Foundation. He has worked in the Bay Area nonprofit sector his entire adult life and has extensively volunteered his genealogical services. Grant moderates a Chinese American family history email group and has spoken at many libraries and genealogical societies. He completed Boston University’s Certificate Program in Genealogical Research in 2015 and enjoyed being a part of the team that researched the six Chinese seamen who survived the Titanic for the film “The Six”. 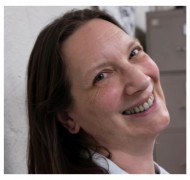 Jennifer Dix worked as a news reporter and editor for more than 20 years. She has been an active CGS volunteer since 2017 and currently manages the CGS blog and social media. She is also co-editor of our journal, The California Nugget. She completed the Boston University Genealogical Research Certificate Program in 2016 and the ProGen Study Program in 2019.

Richard Kehoe became interested in family history research years ago during visits with his mother and aunt, listening to their spirited discussions about growing up in San Francisco. Rich is a 6th generation San Franciscan. His ancestors came to San Francisco in 1769 with the Spanish Portola Expedition. He also has extensive Irish roots. Rich did not become obsessed with genealogy until 2010, and discovered CGS two years later, after retiring from a sales and marketing career in the educational technology business. He has been a volunteer with the Educational Programs & Events Committee, and has attended SLIG and taken many of CGS’s wonderful classes, seminars and trips. Rich is a member of UGS, NGS and Los Californianos. 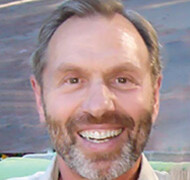 Ron Madson Ron’s relationship with family history was ignited a decade and a half ago by a photo of his great grandparent’s family. He quickly developed a passion for family history and teaching genealogy related topics having taught more than 70 courses in the past 5 years, primarily for CGS. He has a BS & MS in Math and is a USMC veteran. He had an IT career beginning in the mid-1960s and retired from his final career building custom homes in Silicon Valley and coast side. He served as educational coordinator for the largest international IBM computer users’ group for 7 years and for 10 years he was the technical education coordinator for an international insurance company. Ron is the founder and co-facilitator of the FTM-SIG and served as Eventbrite coordinator for several years.

Theresa Murphy has been researching her ancestry since 2016 when she traveled to Ireland to visit her family’s homelands and meet newly found cousins. She has been a member of CGS since 2018. Since joining CGS, she expanded her research to her New England ancestry with the help of one of our members. Theresa is a native of Oakland and spent her professional career as a CPA in auditing, consulting, and systems implementations – skills which have proven invaluable in genealogy research. She is currently serving on the Website Committee, assisting in the maintenance of our website and addition of new online content. 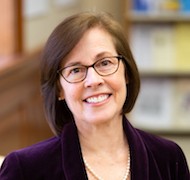 Linda Harms Okazaki is a fourth generation San Franciscan who has lived all but two years of her life in the Bay Area. Her interest in genealogy began as a hobby in 1998 but has since grown to a personal quest. Linda has been researching her husband’s ancestry for the past several years, documenting his family in the internment camps and in Japan. She is passionate about researching, documenting, teaching, and sharing the stores of Japanese Americans. 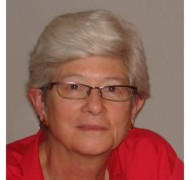 Chris Pattillo’s interest in genealogy was piqued during a visit to the Oakland Mormon Temple when it opened in 1964. Since then she has researched and published four family history books and has a family history blog. She has been a member of CGS since 2004. In addition to serving on the board, Chris chaired the Website Development Committee in 2018-19, the Strategic Planning Committee in 2017-18, and the Capital Campaign 2016-17. She also chaired the Investment Committee for several years and is currently chair of the Development and Member Services Committee. Chris is a frequent contributor to the CGS blog, the Watauga Newsletter in Tennessee, and has taught classes and given talks for CGS, and other genealogical societies. 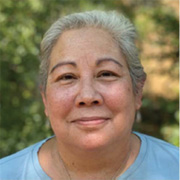 enjoyed hearing and recording, her family’s Japanese American WW II experiences at family events. She joined CGS in 2013 after taking the ‘Finding Your Japanese Roots’ class. Afterwards, she found her family’s WWII internment records in the National Archives, and traveled to Japan, procured her ancestors’ koseki (family registries), and visited their home prefectures. Her paternal ancestors have deep American roots with the most current immigration being from Ireland in 1835. Adelle has served on the CGS membership committee and is currently the Eventbrite coordinator. She received a B.S. in Information and Computer Science from UC Irvine and worked as a software engineer for 30 years.