Introducing The New CGS Board Nominees

The Nominating Committee has proposed six new board nominees for the term 2022-2024. These candidates were presented to and accepted by the board at the October meeting. The general membership will vote upon the slate of directors at the Annual Business Meeting on 8 January 2022. 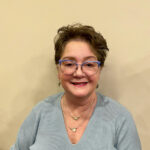 Jacqueline Threet Henderson was born and raised in the Bay Area. She has worked in retail (Mervyn’s, Nordstrom, imports), two employment agencies, and 10 years in telecommunications (Nextel, Sprint, T-Mobile). In the 1990s she served as secretary for two years and president for four years of a women’s stock club. She became interested in genealogy when an uncle no longer wanted to continue researching the family genealogy and passed it along to her. She joined CGS in 2015. In 2017, she joined the Events Committee and currently maintains our communications with ConferenceKeeper and the Bay Area Genealogical Calendar. She also conducts our post-class evaluation surveys. Jacqueline co-hosts the new CGS Members’ Roundtable with Lisa Gorrell. She has attended institutes at SLIG, GRIP, and IGHR over the past three years. 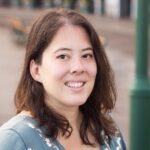 Carly Morgan is the owner of Family Tree Notebooks, a shop that sells digital genealogy worksheets for people looking to organize their family trees. Her family has been in the Bay Area for almost two centuries and she has strong ties to the Chinese population of San Francisco, although she lives in Salt Lake City. A former attorney, Carly has been working as a marketer and content creator for more than ten years. She’s currently working with the Salt Lake Institute of Genealogy and RootsTech to improve their social media reach. 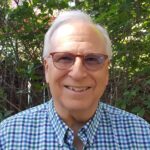 Roger Prince worked as a geological oceanographer at Oregon State University, the University of Rhode Island, and Brown University, where he went on numerous research cruises, published more than a dozen original research papers and a nine-sheet color bathymetric map series of the Peru-Chile trench, and earned a PhD in geophysics. He joined Gulf Oil as an exploration geologist in 1983 and worked in Angola, Papua New Guinea and other international locations. He moved to the Bay Area in 1985 and later worked in IT systems. He and his family spent five years in Bangkok and Singapore before returning to San Ramon in 2004. He spent the last few years of his career working on IT Reliability/Planning, before retiring in 2011. Roger became interested in family history when he asked his parents who all the ancestors in the unlabeled pictures were. He has published two papers in the NEHGS Register. 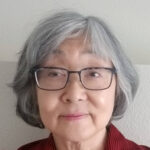 Cindy Kim Thomson was born in Hawaii and is descended from Korean immigrants who arrived there in 1904. Her childhood interest in family stories morphed into an obsession with genealogy (particularly over the past 15 years) and annual visits to repositories, cemeteries, plantations and churches (as well as family) in Hawaii. She has been a volunteer on the CGS Desk Duty and Events Committees, and is a member of NGS. Reflecting the roots of her multi-ethnic extended family, her research has focused on immigrant sugar plantation workers in Hawaii, East Asian immigrants to Hawaii and California, and Japanese-American World War II internment. She has a B.A. and M.A. from the University of California, San Diego, and is a retired Commerce Department economist. 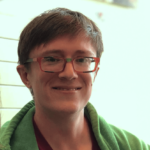 Evan Wilson grew up in Birmingham, Alabama, where his love of genealogy was ignited by his grandmother’s stories and dedication to research. After completing a PhD in English and Medieval Studies at U.C. Berkeley in 2019, he decided to work toward becoming a professional genealogist. His passion is the intersection of genealogy and social history—studying the ties within families, but also between families and others in their society. His own research is heavily Southern, but he’s also dipping his toes into California history and research these days. Other things he gets fired up about include genealogical writing and education, oral history, and the stories of marginalized people and communities. 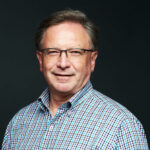 Larry Youngman is a third-generation Californian, born in Oakland, who has been researching his ancestry for close to fifty years. His research efforts have resulted in publishing ten family history books in addition to serving the Mayflower Society as Colony Treasurer and Governor. His ancestry traces back to England, Ireland, Germany, and Bohemia.  Larry has managed the CGS website membership section for over fifteen years. Having achieved Scouting’s Eagle rank, his volunteer work has also included leading Scout contingents to the east coast, England, Sweden, and Japan. Larry recently retired from his forty-three-year career as a member of senior information technology management teams within multiple corporations, including Clorox, IBM, Gap Inc., Charles Schwab, Citibank, and Raychem. Larry and his wife Pam reside in Pioneer, California and enjoy visiting their daughters and two grandchildren in Walnut Creek on a regular basis.

Status of other board members:

Continuing in their first terms are Ron Madson and Adelle Treakle.

Continuing in their second terms are Matt Berry, Jennifer Dix, and James Sorenson.

Proposed nominations for their second terms are Grant Din and Joanna Shear.

Proposed nomination for a third term is Chris Pattillo.

Maureen Hanlon and Stewart Traiman will term out in January after serving three terms.

Theresa Murphy and Richard Kehoe will step down from the board.