Colleen Shogan nominated to be Archivist of the United States 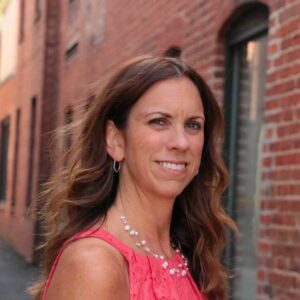 Shogan currently serves as Senior Vice President and Director of the David M. Rubenstein Center for White House History at the White House Historical Association. Among her many tasks, she was the Vice Chair of the Women’s Suffrage Centennial Commission, the bipartisan commission designated by Congress to commemorate the Nineteenth Amendment.

Prior to her current position, Shogan worked for over a decade at the Library of Congress, serving in senior roles as the Assistant Deputy Librarian for Collections and Services and the Deputy Director of the Congressional Research Service. As a Library employee, she completed the Stennis Congressional Fellowship Program for the 112th Congress. Earlier in her career, Shogan worked as a Senate policy staffer, beginning her service through the American Political Science Association (APSA) Congressional Fellowship Program. Shogan served as the President of the National Capitol Area Political Science Association and was an elected member of the APSA Council.

Shogan’s career is a versatile one. Before entering federal service, Shogan was an Assistant Professor of Government and Politics at George Mason University, where she still teaches a graduate course on politics and American history. Her research areas of focus include the American presidency, American political development, women in politics, and Congress. Her book Moral Rhetoric of American Presidents was named by the Wall Street Journal as one of the top five books written on presidential rhetoric. Born and raised near Pittsburgh, Pennsylvania, Shogan is a first-generation college graduate in her family. She received her Bachelor of Arts degree from Boston College and a Ph.D. in Political Science from Yale University. She’s also the author of a series of “Washington Whodunit” murder mysteries.