Report from the 2023 Annual Membership Meeting 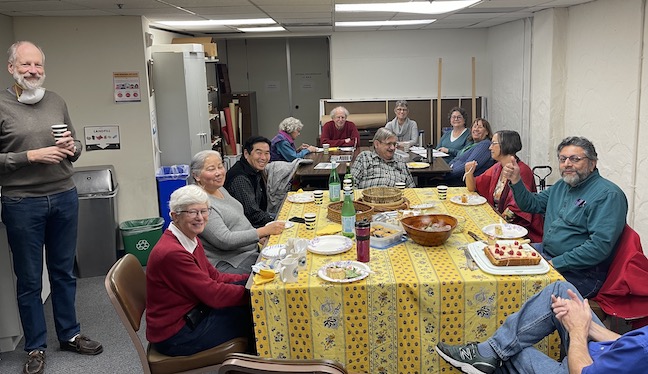 The Annual Membership Meeting was held January 14 in hybrid form (both online and in person at the CGS Library). It was great to see one another, and those who showed up in real life got to enjoy a delicious cake provided by Vice President Joanna Shear.

Highlights: Chris Pattillo is the new CGS President. She had a special message of thanks for outgoing President Jim Sorenson, who took up his post in summer 2019, little knowing what awaited the world in early 2020. Jim has ably led the society for the past two and a half years through the COVID-19 pandemic and other challenges. We owe him a debt of gratitude. 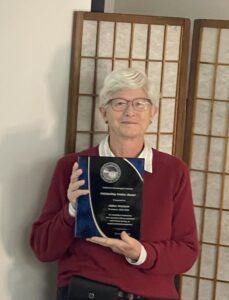 Theresa Murphy presented the 2022 Annual Report (viewable online to members) and we had brief presentations from officers covering our proposed annual budget and other business. Members voted to approve the budget and confirmed the slate of board directors, including new board member Keith Montgomery. A look back at some of our major accomplishments in 2022 included serving as host society for the NGS Conference in Sacramento. Stewart Traiman discussed our new Member Connections feature, and Ron Madson described the Digital Historian Committee’s ongoing digitization of decades of records. 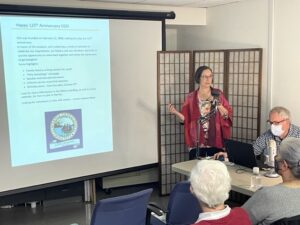 We are planning another research trip to Salt Lake City! Stewart Traiman and Evan Wilson will lead this outing during the second week of October.

And last but certainly not least: 2023 is the 125th anniversary year of the founding of the California Genealogical Society! We have special events planned throughout the year, culminating in a party to be held at the beautiful Temescal Beach House in Oakland. 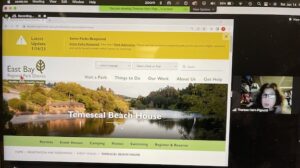 Therese Hart-Pignotti spoke about plans for our 125th anniversary celebration

It was great to meet in person again and those of us who joined via Zoom sensed the joy of gathering. Special thanks to Joanna Shear, Keith Montgomery, Ron Madson, John Ralls, Adelle Treakle, and Karen Halfon, whose hard work helped everything go smoothly. Happy new year to all! 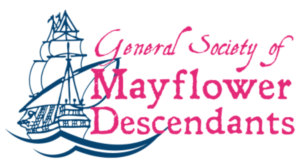 The Mayflower Descendants SIG has been on hiatus due to the pandemic but is ready to set sail again.

The SIG focuses initially on Mayflower ancestry and how to join The Society of California Mayflower Descendants. The group discusses research in New England, parts of Canada, and the upper Atlantic seaboard states. They also explore the material and books available at the Mayflower library and on research websites. Each month will feature different topics, followed by a Q&A session.

If you are a CGS member interested in joining this group, please email Robert Trapp with your interest and any questions.

One in a series of blog posts about CGS committees and their work.
*This committee currently has openings for a few volunteers. If interested, email [email protected]. 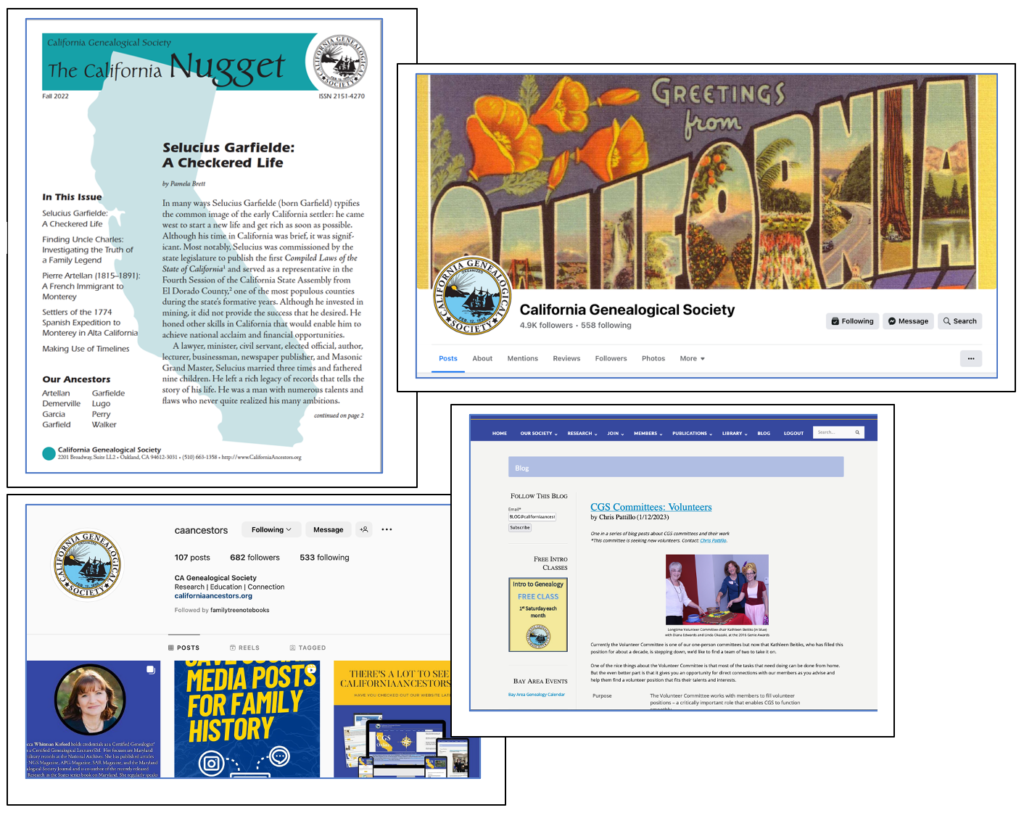 Jennifer Dix is the current Publications Committee chair. She is also the blog editor and an editor for the Nugget, along with Barbara Kridl, Evan Wilson, and Marie Treleaven. Lois Elling does the Nugget layout and design. Carly Morgan manages the monthly eNews and Instagram. Facebook administrators include Jennifer Dix, Jacqueline Henderson, and Jeffrey Vaillant.

Publications works in concert with the Marketing Committee. If you have experience with or an interest in learning about social media, we welcome your help! We also regularly seek contributors to The California Nugget (click here for submission guidelines) and to the CGS blog. If you are interested in assisting with any aspect of publications, please email us at [email protected].